#Press
“Originally I only wanted to make one song. But with so many connections through THE CHOSEN FEW, the riddim went down incredibly well with so many artist that eventually I decided to go with several versions. Two, three versions soon added up to five, five turned eight, and at the end it was 20 different songs. It was exciting to see the different approaches the artists took all based on the same starting position.”

The latest project that emerged from DJ TURNTILL’s apparently inexhaustible, creative production pool follows a concept that is long known among reggae selectahs: one riddim serves as the basis for several different songs. Hardly surprising, a multitude of musicians participated in the production: “I had the idea for the riddim, while DJ SAYES, for example, BOKY BALBOA and MERLIN later helped me out with the technical realization. And Angelos from TIMEWARP MUSIC in Greece does all the mixing and mastering. All of them are members of THE CHOSEN FEW,” says TURNTILL describing the collaborations for this mammoth project. “All in all, more than 50 people were involved.” More than one year after the whole production process started, the Bern-based producer and DJ has now complied twenty different TCF Rock Riddim versions, crossing national and genre borders alike: “Many artists featured on the TCF Rock Riddim are actually hip-hoppers, others are both, rap and reggae artists at the same time.”

Along artists from his home country Switzerland, there are Chosen Fews featured from South Africa, Jamaica, Italy, Mexico, and Germany. A complete list showing all artists involved is attached. “Exchange and bringing people together is very important for me. I hope this riddim accomplishes to bridge countries and create a shared spirit among the artists, some of which have never met each other in person,” TURNTILL comments on his reggae project. 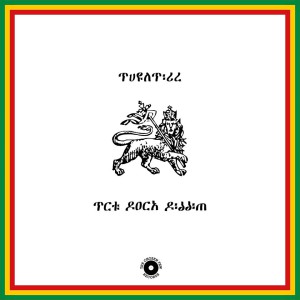